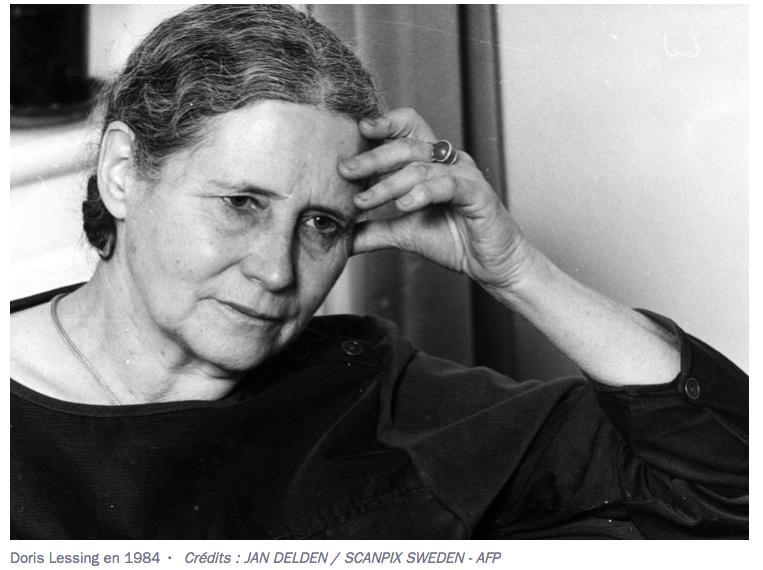 The shape of this novel is as follows:
There is a skeleton, or frame, called Free Women, which is a conventional short novel, about 60,000 words long, and which could stand by itself. But it is divided into five sections and separated by stages of the four Notebooks, Black, Red, Yellow and Blue. The Notebooks are kept by Anna Wulf, a central character of Free Women. She keeps four, and not one because, as she recognizes, she has to separate things off from each other, out of fear of chaos, of formlessness — of breakdown. Pressures, inner and outer, end the Notebooks; a heavy black line is drawn across the page of one after another. But now that they are finished, from their fragments can come something new, The Golden Notebook. Excerpt from the Preface by Doris Leesing,1971.

Doris Lessing, in full Doris May Lessing, original name Doris May Tayler, (born October 22, 1919, Kermānshāh, Persia [now Iran]—died November 17, 2013, London, England), British writer whose novels and short stories are largely concerned with people involved in the social and political upheavals of the 20th century. She was awarded the Nobel Prize for Literature in 2007.