A critic of solidarity 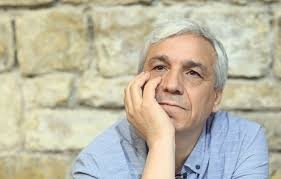 While generally well-intentioned, the concept of solidarity involves an unequal power relationship between those offering and receiving it. A preferable state of affairs would be partnership, placing Western activists and their counterparts elsewhere on equal footing.

Yassin al-Haj Saleh is a Syrian writer, former political prisoner, and co-founder of Al-Jumhuriya. His latest book is The Impossible Revolution: Making Sense of the Syrian Tragedy (Hurst, 2017)