Reflections on exile & other essays 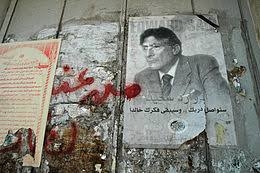 Exile is strangely compelling to think about but terrible to experience. It is the unhealable rift forced between a human being and a native place, between the self and its true home: its essential sadness can never be surmounted. And while it is true that literature and history contain heroic, romantic, glorious, even triumphant episodes in an exile’s life, these are no more than efforts meant to overcome the crippling sorrow of estrangement. The achievements of exile are permanently undermined by the loss of something left behind forever. (..) Excerpt from Reflection & other essays  (1984)

Edward Said (b. 1935–d. 2003) was an immensely influential literary and cultural critic and one of the world’s foremost public intellectuals. He is a founding figure of postcolonial studies owing to the extraordinary influence of his germinal critical study Orientalism (1978).

Orientalism remains one of the most enduringly significant critical studies of the second half of the 20th century. Orientalism transformed the meaning of that term such that it no longer refers to a disinterested field of scholarship but an expression of power relations, a way of positioning the East as inferior to the West. Many of Said’s major studies have made a major contribution to breaking down the assumption that the aesthetic is a realm of autonomous values by demonstrating literature’s complex affiliations with European colonialism and Western imperialism. Yet Said is also renowned for developing a vocabulary enabling us to theorize the ethos of the critic and the proper vocation of the intellectual. Said insists that critics are humanists engaged in worldly struggles, expressing solidarity with the oppressed, and furthering the project of human emancipation. His fierce but by no means uncritical advocacy of the Palestinian cause in historical and theoretical studies and more topical commentaries and journalism exemplified the commitments he idealized. (..) Oxford Bibliographies)