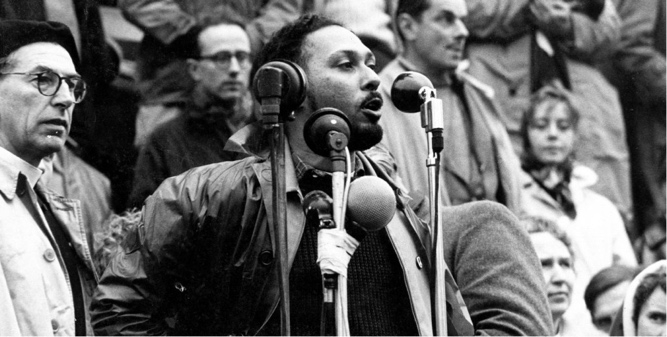 Conversation between Stuart Hall and Pnina Werbner on the theme of Cosmopolitanism (to be shown at the Association of Social Anthropologists Silver Jubilee conference in 2006), in March 2006

PW: I want to start by asking something about globalisation, because we talk a lot about globalisation and multiculturalism today but I think that cosmopolitanism is a little bit different from those two concepts, in the sense that it’s a vision, some would say a utopian vision – for world citizenship, peace or human rights, but … so how do you see cosmopolitanism today in the world with all its apparently endemic, terrible conflicts, intractable …

SH: Well, I do think I understand cosmopolitanism principally as an ideal, a utopia. I’m not at all sure about ‘world citizenship’. What I would say is that nowadays the concept is very closely related to globalisation. We are obliged to talk about the interdependencies across the globe in a planetary way, in which more or less everybody is in the swim of history and connected with one another. Of course, connected in deeply unequal ways – globalisation is a contradictory system, the product of what used to be called ‘combined and uneven development’.

Stuart Hall was a Jamaican-British academic, writer and cultural studies pioneer, who was born in Kingston, Jamaica in 1932 and died in London aged 82 in February 2014. Stuart Hall was a Rhodes scholar at Merton College, Oxford, Director of the Birmingham Centre for Contemporary Cultural Studies and Professor of Sociology at the Open University. He presented a number of television programmes including the BBC series Redemption Songs and many broadcasts for the Open University. He was the President of the British Sociological Association and a member of the Runnymede Commission on the Future of Multi-Ethnic Britain. He also chaired the arts organisations Iniva and Autograph ABP. Stuart Hall was the first editor of New Left Review, a founding editor of the journal Soundings and author of many articles and books on politics and culture including Policing the Crisis and ‘The Great Moving Right Show’ (for Marxism Today), in which he famously coined the term ‘Thatcherism’.