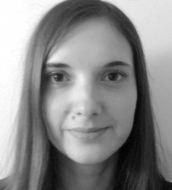 Ines Tanović was born in Mostar (Bosnia and Herzegovina) in 1984. She holds double MA in Art History and MA in Human rights and democracy in Southeast Europe. She has worked as public relations officer at Sarajevo Film Festival and journalist in Croatian newspapers Jutarnji list. She was one of the funders and coordinators of network of cultural workers of Bosnia and Herzegovina – Culture 2020. She was the coordinator of civic action I am the Museum for the reopening of National Museum of B&H, which later received Europa Nostra award for preservation of cultural heritage. In Crvena, she works on a research about property transformation from common/social ownership, particular to Yugoslav socialist system, and a division of property as part of the succession process in Yugoslavia through the case of worker’s holiday resorts across the Adriatic coast built by different Yugoslav companies, syndicates and their workers. She is one of the editors and journalists at Radio Crvena Antena.